1. A desire to learn in nature

In a town with a wealth of nature

Markus Borner was born and raised in Thalwil near Lake Zurich, Switzerland in 1945. 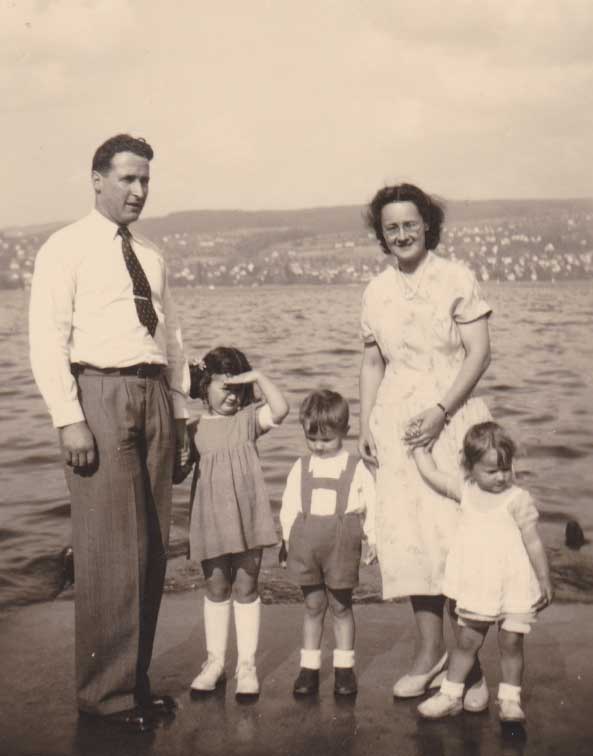 He loved animals as a child. He brought tadpoles home and observed them growing into frogs. He had a special love of reptiles. When he was sent to buy a pair of shoes for the first time, he bought a turtle instead. He also had an iguana and a snake. The snake would often escape from the container and crawl around his room. This didn't thrill his mother; but she wanted to encourage Markus to follow his interests, so she put up with it – though, safe to say, she rarely went into his room for fear of coming face-to-face with the snake.

His father was a pilot, and Markus longed to fly like his father did. His dream came true in Africa when he learned to pilot a small Cessna so that he could conduct aerial surveys. His grandfather took him for long walks in nature, where he taught Markus about plants and frogs, and encouraged him to learn more. 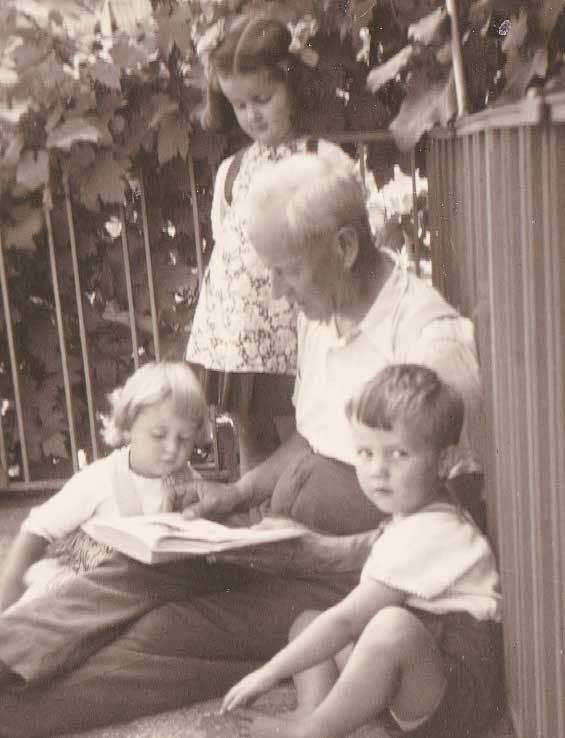 Young Markus Borner with His Grandfather

His grandfather's knowledge of nature instilled in Markus an interest in animals and the wilderness, and he believes that it was his mother and grandfather who were responsible for his becoming a zoologist.

Becoming a researcher of wild animals

Though Markus did not really like school, he liked nature, so he liked biology because he learned about animals and geology, which opened up a wider world to him.

He enrolled in University of Zurich with the hope of studying animals. He first learned marine biology, focusing on small jellyfish. Wanting to learn more, he continued to graduate school. There he studied the roe deer, which can be found from Europe to the Korean Peninsula.
As his studies progressed, Markus realized that he did not want to spend all of his time in the laboratory, but wanted to work directly with animals. He looked for a job that would allow him to do this.

He soon got the chance. After graduating from the university in 1972, the World Wide Fund for Nature (WWF) offered him an opportunity to go to Indonesia to study the Sumatran rhino.

It was an exotic experience. He was in a new and wonderful world, where most of the area was uncharted. Sumatera was an adventure for him. 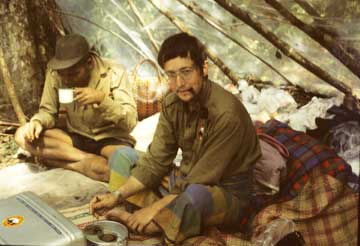 He once wondered around lost in the jungle for weeks. Another time, heavy rains caused the river to swell so much that he was cut off and ran out of food. On that day, Markus wrote in his diary, "This is no longer an adventure. It is very hard and not fun anymore." He continued, though. The survey was challenging, but it was also a wonderful experience being able to visit unknown areas.

The Sumatran rhino is a rare animal, and its numbers were decreasing rapidly. Although Markus stayed in Sumatra for three years, he only saw a Sumatran rhino once. He wrote about the Sumatran rhino for his doctorate. Professor Borner would also work with rhinos later in Africa. They are still special to him. He says that he must be the only one on the earth who have seen all five kinds of rhinos (white rhinos, black rhinos, Indian rhinos, Javan rhinos, and Sumatran rhinos) in their natural habitats.

Sometimes, he was discouraged and frustrated. Although he got along well with the local people, the government at that time did not fully understand the meaning of preservation. The government had designated an area as a nature reserved area, but all the trees in the area were cut down in the following week. Over the 40 years from Professor Borner's time in Sumatra until today, 85% of the virgin forest in Sumatra has disappeared to become oil palm farms. Such problems occur not only in Sumatra, but Professor Borner always feels that we must do what we can to stop them.