2. To Prevent the Economy from Exceeding Limits of the Earth

Recognizing the Relationship between Population and Poverty

After earning his doctorate in economics in 1967, Herman started teaching at Louisiana State University. He decided to teach because of the deep respect and appreciation he had for the teachers who had taught him. 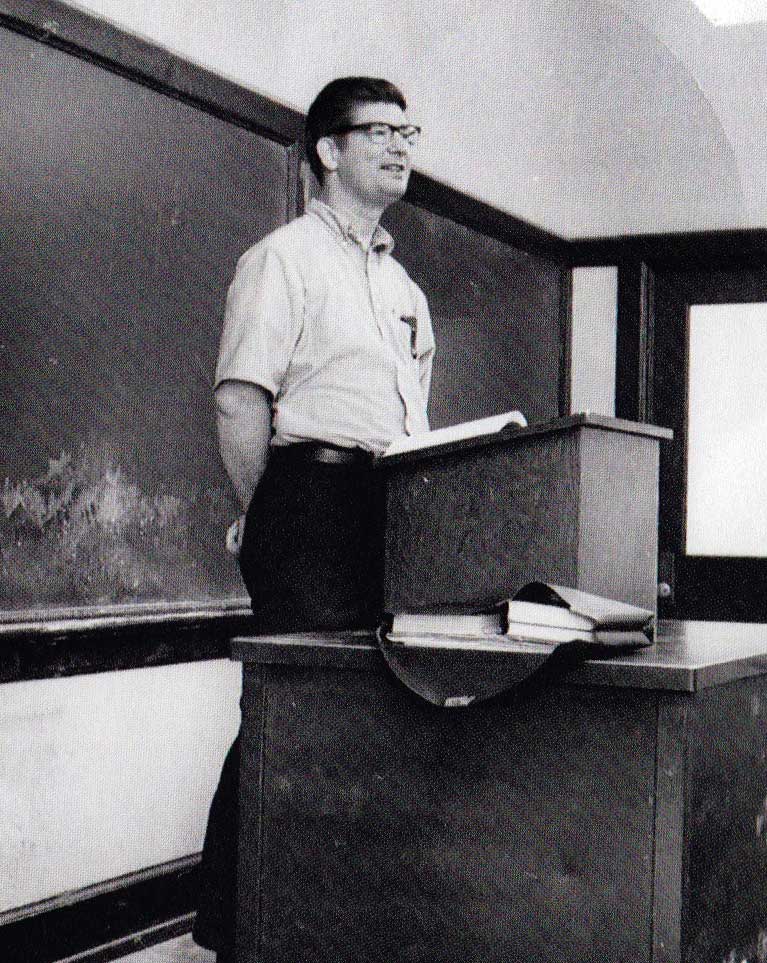 While working as an assistant professor, he attempted to develop an academic field called environmental economics by incorporating the environment, local communities, quality of life, and ethics into economic theory. Economics until that time did not place any importance on the environment; therefore, this research was novel and original.

He then moved the base of his activities to Brazil, and trained students so that they could help solve problems caused by poverty. He also conducted research on population increase and economic growth.

His wife, Marcia, was born and raised in Brazil, and (she was an important influence on him moving his base to Brazil. They met when Marcia was studying in the United States, and they married when Herman was 25 years old. They have been together for more than 50 years, and Brazil is Herman’s second home. 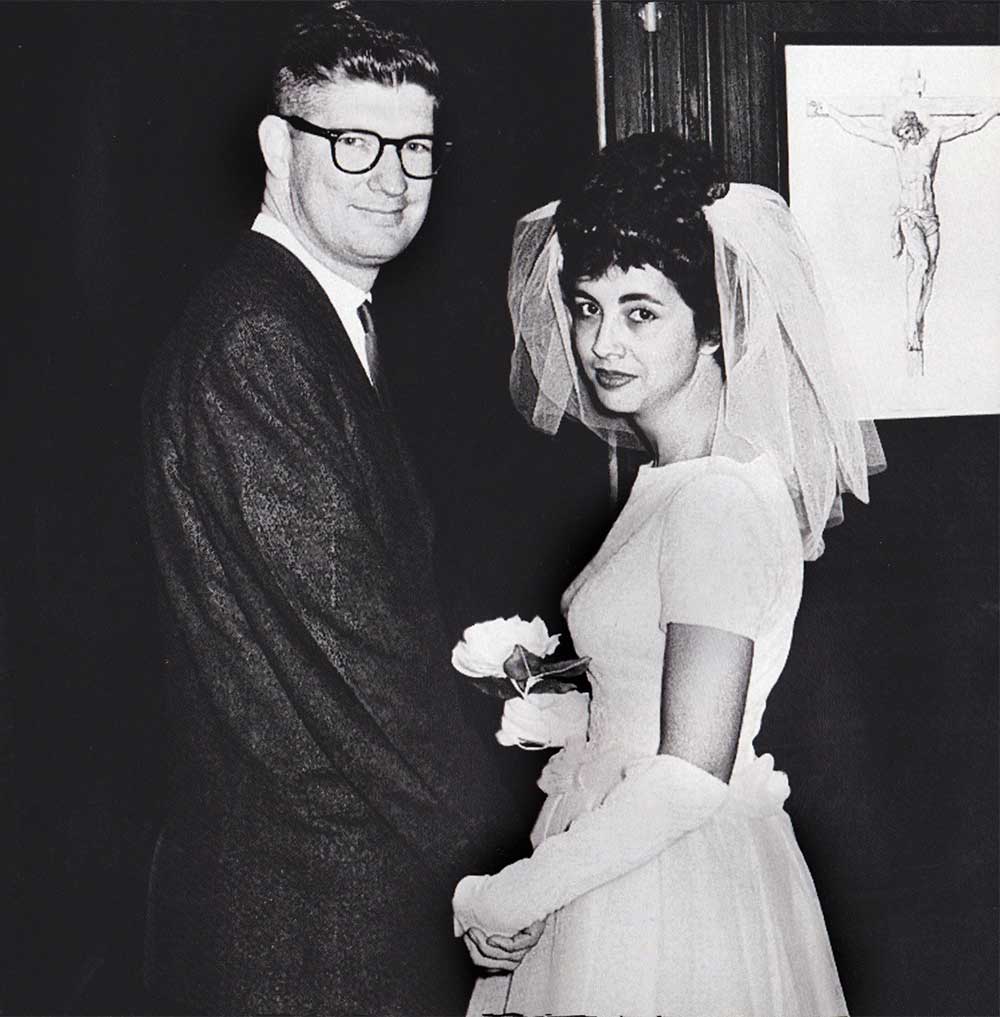 Through his activities as Visiting Professor in Brazil, he began to understand how population increase leads to greater poverty and income disparity. During that period, he studied the theory of steady-state economy developed by John Stuart Mill, whose concept would have a significant influence on him.

Re-discovery of the Steady-State Economy

According to Mill, a steady-state economy is an economy of constant capital stock (the total value of the buildings, machines, etc. within a particular economy) and constant population. Mill acknowledged steady-state economies as stable societies in which quality of life is taken into account. This is a concept different from the one that prioritize economic growth. However, from his experience in Brazil, he became aware that the damage created by economic growth was considerable, leading him to recognize the importance of the steady-state economy concept.

Traditionally, economic growth is thought to help people live better lives and become happier, but there is something that people lose because of economic growth. For example, in Brazil, Professor Daly saw the energy industry cause serious environmental problems, such as deforestation and damage to agriculture. We require electricity and other energy sources as well as wood and food. In order to obtain more and more of what we need, we have expanded the economy, which has increased the environmental load at the same time. Economic growth sometimes sacrifices other important things.

After studying the relationship between the economy and environment for years, Prof. Daly realized that if we continue expanding the economy, the environmental load will exceed the capacity of the Earth to recover. He published a review of steady-state economy theories developed by predecessors, founded the International Society for Ecological Economics (ISEE), and engaged in many other activities to promote mutual understanding between economists and environmental specialists.

Work at the World Bank

Professor Daly left Louisiana State University and started to work as a Senior Economist in the Environment Department of the World Bank . Not only were the people around him surprised, but it was a big surprise for him that the World Bank, whose basic policy was economic growth, offered him a job.
Dr. Robert Goodland, who was a World Bank Senior Economist at the Environment Department for Central America, insisted on hiring Prof. Daly. Some people at the World Bank were cold and distant to him because of his negative opinion about economic growth, the World Bank’s highest priority. However, Dr. Goodland supported Prof. Daly so that he could work at the bank for as long as he wanted. There were also coworkers who agreed with his ideas. 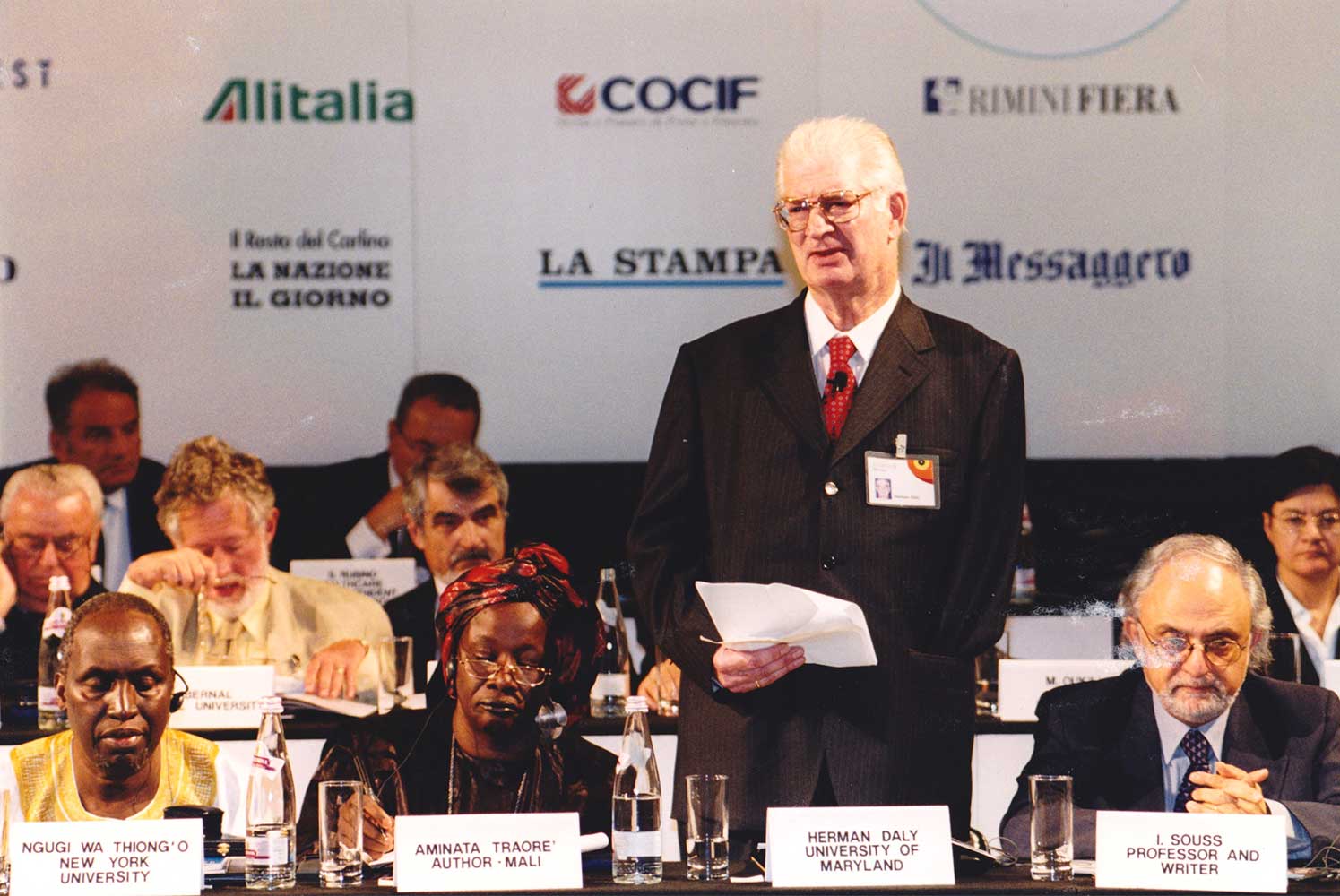 3. What is Necessary for Society to Continue